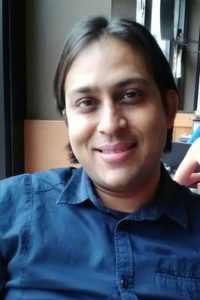 The Nã yaããstra is one of most remarkable texts of ancient India. Probably composed sometime in the centuries preceding the commoner a (perhaps around 300 BCE), the Nãtyaããstra’s chapters elaborate on virtually all aspects of Indian theories and practice of drama and dance-drama (collectively called nã ya). Early India’s culture of drama, not unlike the dramas of ancient Greece, operates under an aura of spirituality in that its broader goal is to expunge – through uplifting theatrical representation – toxins that beset a community. The dramatic performance is meant for all members of a society and, like the modern Indian blockbuster films, fuses the play’s script with dance (nrtta), song (gita), and instrumental music (vãdya) as well as elaborate costuming, make-up, and staging. Thus, according to the traditional author of the text, the sage Bharata, nã ya:

…teaches duty to those who have no sense of duty, love to those who are eager for its fulfillment, and it chastises those who are ill-bred or unruly, promotes self-restraint in those who are disciplined, gives courage to cowards, energy to heroic persons, enlightens men of poor intellect and gives wisdom to the learned. This gives diversion to kings, firmness of mind to persons afflicted with sorrow, and hints of acquiring wealth to those who are for earning it, and it brings composure to persons agitated in mind. The drama as I have devised, is a mimicry of actions and conducts of the people, which is rich in various emotions and which depicts different situations. This will related to actions of men good, bad, and indifferent, and will give courage, amusement and happiness as well as counsel to them all. (Nã yaããtraa 1.108-112 (translation byManmohan Ghosh (XX))

Similarly, the masterful Sanskrit poet and dramatist Kälidäsa explains that the drama has the distinction of being able to satisfy – in one setting –people who ordinarily have different tastes (Mãlavikãgnimitram 1.4).

The Nã yaããstra is a comprehensive amalgam of the entire experience of theater. Thus, it deals with such practical matters as the setting up of the stage, from the green room or nepathya to the musician’s quarters to the actual stage or rahgapi ha/rahgaãirca to the actual auditorium or rahgamaiç1ala where the audience sits. It also speaks to the specific conventions employed by actors, directors, stage hands, musicians, and playwrights. In this regard, there are chapters devoted to the various aspects of rhythmic movement and representation (abhinaya), such as, for example: gestures, postures, vocal technique, and the exhibiting of involuntary human responses such as perspiration. Other sections focus on musical accompaniment to the action on the stage, the times of the day a particular drama should be staged, and the different types of playhouses and props that should be built. In addition, the text theorizes about an effective and ineffective plot (vastu), the semiotics of staging, the literary structure of a play’s acts, the different genres of drama, the prosody recommended for lyrical passages, and the socio-linguistic aspects of using multiple languages during the course of representing the action on the stage.

Most famously, however, the Nã yaããstra provides Indian tradition with a unique psychology of the art experience from the perspective of both the artist and the audience, in the form of technical conceptualization known as rasa. In brief, the theory is that a successful dramatic performance transforms the psychological states we experience in ordinary life (bhãva) into special durable emotional states (sthãyibhãva) which lead to the transcendent experience of rasa or aesthetic pleasure. Thus, for example, a drama can trigger the transformation of an ordinary experience of human grief (such as some traumatic loss) into a fundamental psychological impulse to feel pity or compassion (karuiçã) which ultimately allows us to watch something sad on the stage without actually feeling sad. What is that special enjoyment that comes from such a transformation in art and specifically the drama? Bharata answers that it is the manifestation of aata. Thus eight bhãvat and aatat are conceptualized: feelings of sexual passion to the rasa of love(ãrhaãaa), fun into humor (hãtya), grief into compassion (kaauiçã),anger into controlled fury (aaudaa), energetic action into heroism (viaa), sheer terror into palatable horror (bhayãnaka), a palpable disgust into gore (bibhartã), and surprise into a glimpse of the marvelous or fantastical (adbhura). As one can probably gather, these eight cover most of the genres of film we currently use to categorize the cinematic experience.

To say then that this fascinating contribution to the universal culture of theater is comprehensive is, in the final analysis, a gross understatement.